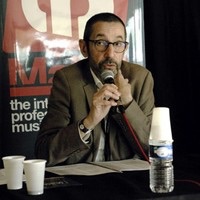 During his career, Didier Zerath has worked as Marketing Director for EMI Music Continental Europe, based in London, Marketing Director for Warner Music France, Marketing Manager for EMI France and Product Manager for Arista/BMG Records in Paris. Since leaving Warner Music France he founded Music Manager Forum France in 1999, is currently the President of the Artist Managers Alliance, a music manager organization he founded in 2015 and is among the founding members and council member of the International Music Manager Forum in 2000. An international organization where he held positions as treasurer and head of IMMF Europe from 2013 to 2015. Most recently, he launched The DZ Factory Ltd in 2013, which works as an artist management company focusing on artist development with acts such as Carolina East based in Canada and a boutique label distributed by InGrooves.