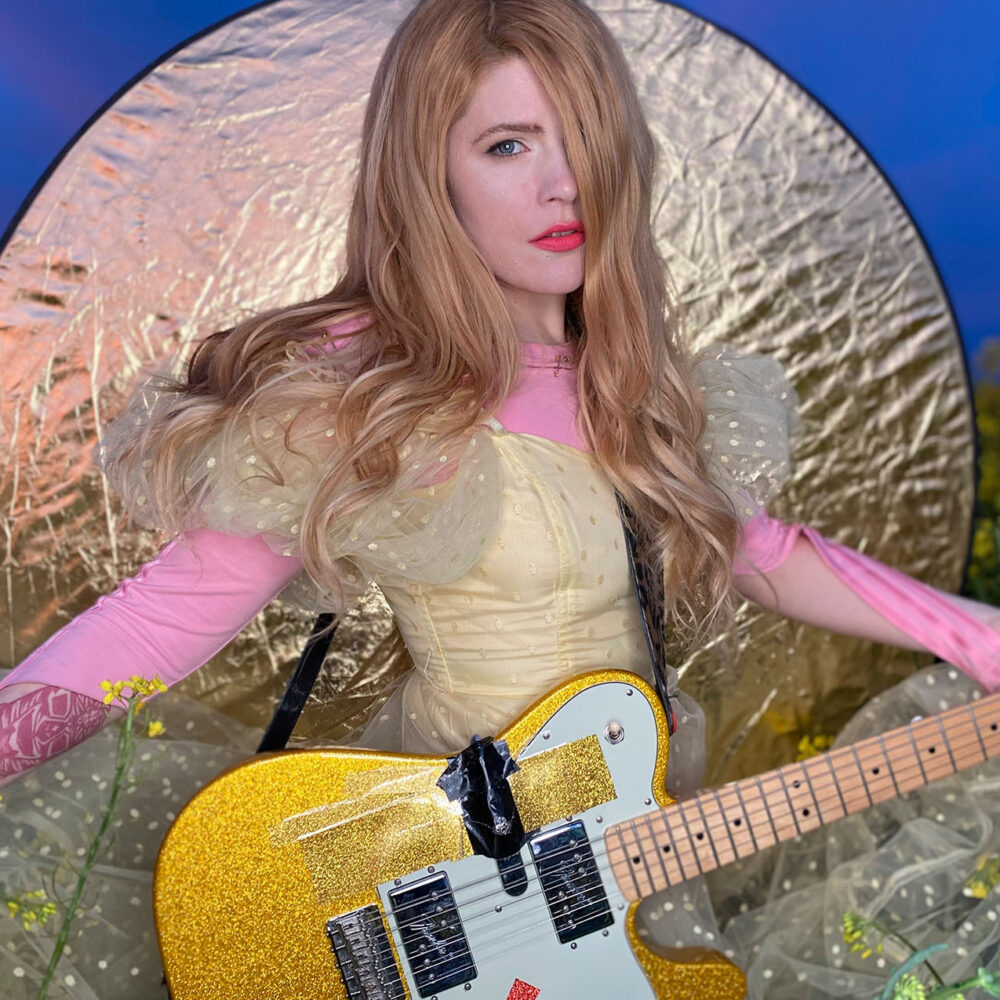 SUN (Eng) SUN is a singer-songwriter, guitarist and actress. She created a genre she calls « Brutal Pop » : a blend of mainstream Pop and Rock Metal. Catchy toplines, colorful visuals, feral screams and double pedal drums, her Brutal Pop could be the hidden child of Katy Perry and Gojira. Her name is an hommage to her father. He died on the eve of her 6th birthday and a sunflower decorated his grave. One day she discovered the grave had disappeared, so she chose the name SUN to remember him and keep him alive. Her songs express the violence of great emotions: true love, joy, grief. She debuted on the big screen in 2021 in a leading role in the feature film « Tom Medina » by Tony Gatlif, selected at Cannes Film Festival 2021. In the movie she acts, sings her own songs and plays her sparkly Telecaster. She also wrote five tracks of the soundtrack. SUN is currently working with Andrew Scheps, whose work with Adèle, Beyoncé, Metallica or RHCP earned him 3 Grammy Awards. In September 2021 SUN is awarded the FAIR Prize, the most important French prize for upcoming Rock & Pop Music. SUN played at Waves Vienna (Austria), Trans Musicales (France), Future Echoes (Sweden), Spike (Bulgaria) and will play MMVV (Cataluña) in September 2022. 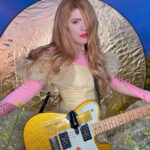 Sun (FR)
SUN (Eng) SUN is a singer-songwriter, guitarist and actress. She created a genre she...