The Covid-19 pandemic has brought urban music scenes to a halt. With concert venues closed, tours interrupted and festivals at a standstill, many artists have taken advantage of this hiatus to develop more personal and creative projects. Among recent musical experimentations that are becoming trendsetting are those that draw on the so-called folk and traditional musics and infuse them with contemporary sounds. The resulting sonorities mix muñeiras with trance rhythms, fado with electronic music or flamenco and hip-hop, appealing to a broad audience in search of a new sense of identity and belonging in times of uncertainty.

Gathering the projects that participated in MIL artistic residencies, the aim of this round table is to explore the limits and possibilities of such dialogues and musical collaborations that disrupt the boundaries between the tradition and the contemporary. Some of the questions that will trigger the conversation are: What/Whose roots? Which (musical) routes (to explore)? How do we (re)define “tradition” in a hyper-accelerated and hyper-connected time? Who owns the tradition? How is this ownership challenged and negotiated musically? What are the political implications of this reinterpretation of popular and traditional music(s) in times marked by conservatism and uncertainty? Is there an emancipatory potentiality in these musical collaborations?

Iñgo Sánchez (ES)
Iñigo Sánchez-Fuarros is a senior researcher at the Institute of Heritage Sciences (Incipit, CSIC) in... 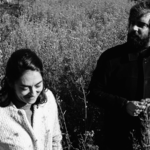 Lavoisier (PT)
Patrícia Relvas and Roberto Afonso created Lavoisier around 2012 with the aim to go deeper...

Alvaro Romero (ES)
From the poetic entrails of Lorca to the uncomfortable expressionism of cult film-maker Val del... 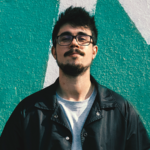 Pedro da Linha (PT)
Born and raised in the suburbs of Lisbon, it’s no longer news that Pedro da...

Tarta Relena (CAT)
Tarta Relena was born in 2016 as a project of two singers to explore a...