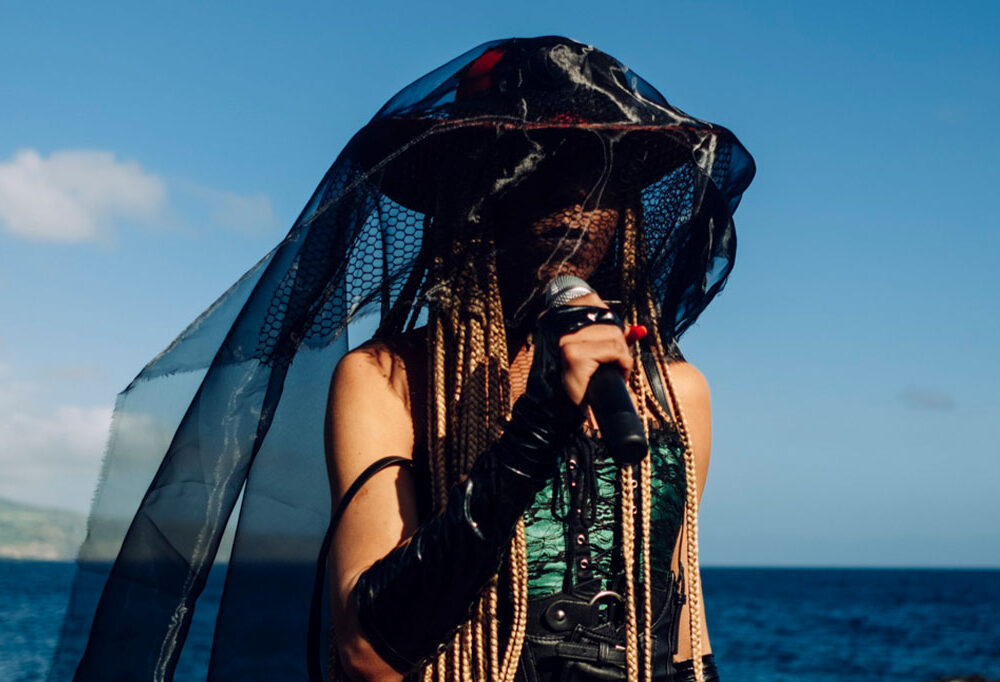 “Puta da Silva” is more than a name, it is the status of an immigrant Afrotravesti multi-artist. Puta da Silva began her career in Brazil as a teacher, actress, and theater director. She has a degree in theater from the Federal University of Uberlândia and a master’s degree in theater and community from the Lisbon School of Theater and Cinema. She directed the show “Benedites”, by the company Ocupa Teatro, which circulated through festivals in several states in Brazil during 2016, 2017 and early 2018. But it was by moving to Lisbon in 2016, and living the challenges of being an immigrant, that Puta da Silva found in sex work the possibility to emancipate and autonomize herself. According to the singer, prostitution was her individual protective equipment as the city swallowed her. Puta da Silva decided to share her experiences at night with society in general, using music and the arts to create several political works, centered on the daily issues of people, immigrants, racializades, and sex workers. Her creative research is linked to stories, memories, and experiences that are corporealized in elucidative narratives. In her concert, Puta da Silva develops a musical/performative/multimedia work that unites band, djs, audiovisuals, poetry and dance in a visceral spectacle. The narrative that Puta da Silva constructs is tied to the construction of new dramaturgies, which point to the destruction of society as we live, as well as to the creation of new scenarios for the racialized immigrant transvestiginal population. Since 2020, Puta da Silva has released 3 singles, along with music videos directed by her that have been selected for various festivals and events. The music video for “Bruxonas” was selected for the “MVF Awards 2020”, in the category “Best Brazilian music video made in lockdown”, and was screened at the 17th edition of the “Molotov Cocktail – 3D Immersive World” festival and the 14th edition of the “For Rainbow 2020” festival. “Hetero Curioso” was selected for the sixth edition of the “Bogota Music Video Festival”. “Festinha 360”, a music video in virtual reality, was premiered at Cinema São Jorge, at the “Festival Política”, and had live screenings in several cultural points of the city. He won an honorable mention award at the “Híbridos de Videodança” festival with the video performance “Bruxona”, by Miltércio Santos. In 2021 she did artistic direction and audiovisual production in the project “Visto Permanente – Acervo Audiovisual das Novas Culturas Imigrantes”, with support from DGartes. Participated in the international colloquium Queer Aqui (based in New York), with Daniel da Silva as moderator, Miguel Vale de Almeida, and Jack Halberstam (Columbia University, New York). Performed in “Water is Coming”, by Jota Mombaça, in Venice 2022. 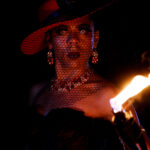 Puta da Silva (BR)
"Puta da Silva" is more than a name, it is the status of an immigrant...