After the waiting season marked by five singles and the acoustic EP “Versões”, Rito de Passá is born, MC Tha’s first album. Produced independently, in the comings and goings of Pedro’s house (Pedrowl), in the computer of a room in Santa Cecília; is governed by the Rito de Passá banner: “daily ritual that teaches us to live today. Pains, joys, insecurities, waiting!”

It is not an album that boils down to a rhythm or a raising of flags, on the contrary, it is always in constant motion, walking through Thais’ most intimate memories, perceived both in the lyrics and in the sound experiments of Ubunto, Jaloo, Malka, Felipe Cordeiro , DJ Tide and MU540; structured and also produced by the musical director of the album Pedrowl.

For navigating so much in this emotional universe of the singer, the album becomes very Brazilian: from the Cidade Tiradentes neighborhood, to the Northeast. From carioca love, solitude in São Paulo. From Pará friendships, the spiritual roots. From the drums, to the cry of a strong people. Red on white! Each track, all composed by her, tells a story and for those who listen and pay attention to the signs, they all form a single narrative at the end. That is also a start.

In addition to what the songs can convey, on June 21 an editorial was also born on the album where each track received a representative cover. Produced in a partnership between photographer Júnior Franch and creative director Vitor Nunes, with assistance from Fi Ferreira and beauty by Pedro Simi.

Open the paths and the heart for MC Tha’s Rito de Passá.

Originated in the Nordeste de Amaralina, Salvador/Bahia/Brazil, the TrapFunk & Alivio movement mixes and develops rhythmic relationships from different origins to develop the experimentation potential of its members: Alle-X, Mannolipe, Mc Sagat, B.Boy, Sabotage and Banha. In real life, they are Alex Ribeiro, Felipe Cardeal, Luitan Assis, Philipe Estevão and Felipe Pomar, residents of the neighborhood who decided to face known difficulties of schooling, job market, and family coexistence by putting their skills at the service of music and art.

Music producer and graphic designer of the label Subterrâneo Records, Felipe Pomar called the self-named “pivetes” to talk about music, exchange tastes, ideas and inspirations. The first mixtures emerged. The result is TrapFunk & Alivio, a meeting of bodies and minds in synergy going to the extreme in a radical way, both in principle and in speech, aesthetic and daring. The quartet mixes letters, bases of funk with different languages to constitute an original song, carrying colors, expressions and reality, where the community dialogs with its surroundings.

In 2015, the group collaborated with a Brooklyn producer, Kashaka, and released a single – Bonde do Boqueirão (featuring MC Jeffinho & Mannolipe). In 2017, TrapFunk & Alivio released IMPEPHO along with rappers Mankind and Morena Leraba, both from South Africa. IMPEPHO was released through PROSPECT in France and is featured on the new Trap Funk & Alivio album, ARMADILHA which features participations of Mc Orelha (Rio de Janeiro, Brazil), Mc Sagat, among others. After that, another collaboration of TrapFunk & Alivio with Morena Leraba was begun, resulting in the single “Prose unie”, with participation of Lunik Grio ‘, a poet and rapper with Ivorian and Paris-France roots. In 2018, TrapFunk & Alivio in connection with Keila Gentil (Belém, Pará) launches the single “Respeita” with participation also by Mc Sagat, they also released EP BOTA KÁRA in collab with music producer Kashaka (NY) and BAFRO EP with EveryDayPeople’s DJ Moma (NY).

TrapFunk & Alivio believes that music can be a fundamental means for the recognition of culture and melting point for something greater that connects people’s culture by stating that the rhythmic experiments give scope to create a way to re-encounter with our own culture.

Patricktor4 is today one of the main Brazilian DJs and producers. Responsible for “Baile Tropical”, an itinerant party that has already circulated in more than 10 countries, the artist researches the new trends of tropical, African, Latin and Brazilian music, always launching new talents. His party, created in 2010, in Belém do Pará, has already passed the mark of 150 editions.

Such mixture is the result of a life experience marked by the fact of having lived in several cities in Brazil. Born in Bahia, he spent a good part of his 40 years touring the North and Northeast of the country, where he saw, heard and absorbed the influences of popular music in these places.

Patricktor4’s music reflects the mix of “Baile” sounds, which seeks to reconnect old traditional sounds to new urban textures with mixes of beats and electronic timbres to popular peripheral rhythms such as cumbia, zouk, brega and samba.

Da Matta was born in the 80’s in Rio and grew up listening to everything that led to the emergence of Funk Carioca. Now settled in Berlin, the DJ will tell the story of the style on his Musicbox set, from Miami Bass to Montages and from the classics to Funk 150. 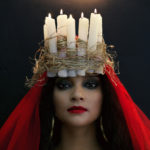 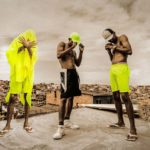 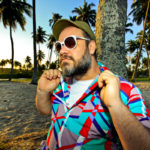 Patricktor4 (BR)
Patricktor4 is today one of the main Brazilian DJs and producers. Responsible for “Baile Tropical”,... 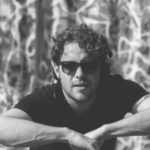 Da Matta (BR)
Da Matta was born in the 80's in Rio and grew up listening to everything...