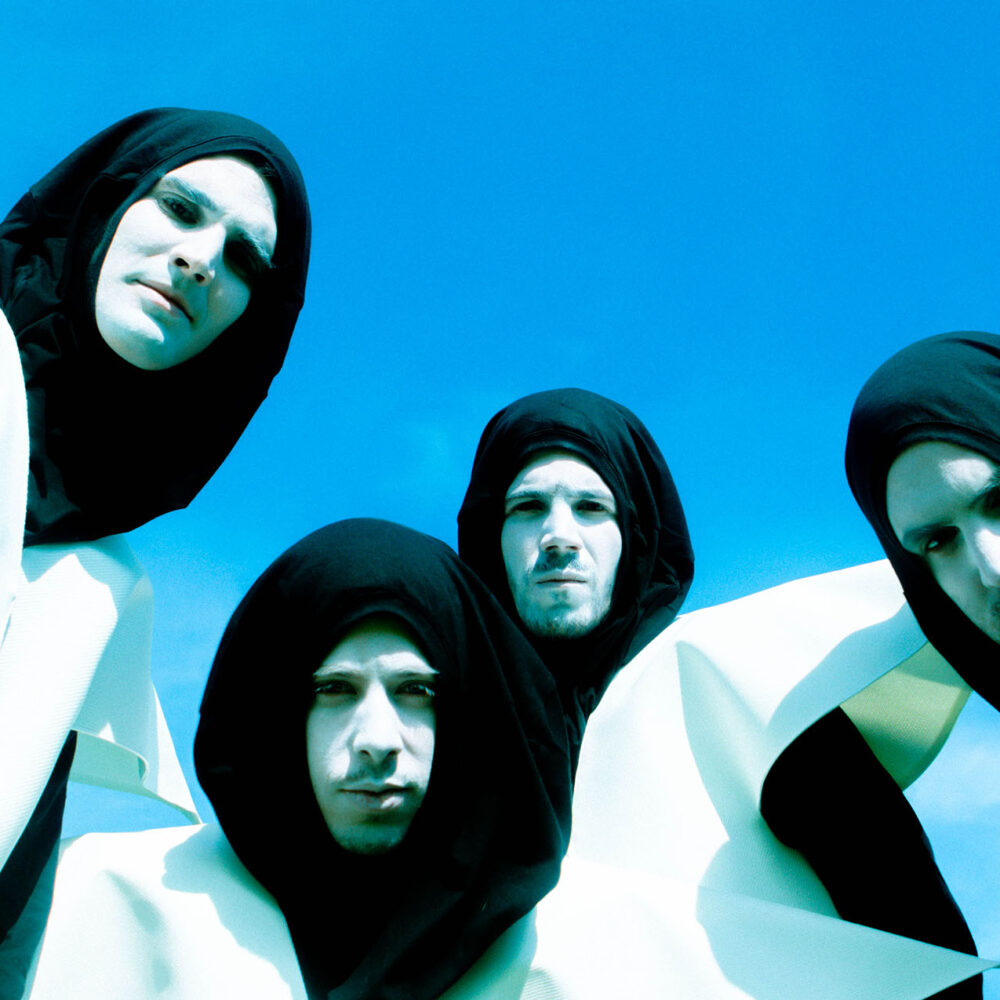 Mainline Magic Orchestra is a house music live band. In their live shows they play instruments such as synths, percussion, electronic flutes, and they also sing live. They are known by their performances in and out of their shows and their flamboyant dresses. Their show is a ménage of music, performance and fashion with a touch of irony and meaninglessness. The band is composed by some Mainline members, a young multidisciplinary collective based in Barcelona. They are Nile Fee, John Heaven, JP Sunshine, and Daniel 2000.