Wednesday, 25 March15h15 - 16h15Talks Room 2 - Palacete dos Marqueses do Pombal Talk
[talk in portuguese] Music and cities are intimately connected: we cannot imagine a city without musical activity, just as it is difficult to dissociate certain popular music genres and styles from the urban environment in which they emerged.
In recent years, the term “music city” has been adopted as a catchy phrase to denote “a place with a vibrant music economy which has been intentionally supported and promoted” through music policy. From this perspective, music is a valuable city asset that “has to be assessed, managed and evaluated” as any other urban infrastructure. On the other hand, for the critics of this paradigm, the concept of “music city” represents just another top-down strategy of city branding to boost tourism and increase competitiveness in the global context, as the UNESCO Cities of Music Network exemplifies.
This roundtable will interrogate the notion of “music city” in relation to Lisbon’s thriving music ecosystem and also to the threats and opportunities that urban phenomena such as gentrification and turistification pose to the musical life of the city. The closure of traditional live music venues, the general rise in prices and the cost of living, the development of Lisbon as a tourist city and the new consumption styles associated to it, or the implementation of new regulations controlling night-time activities are some of the recent developments that urge to rethink what Lisbon as a music city might sound like. 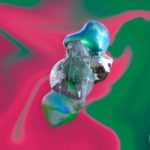 mina
mina is a queer trans feminist sex-positive rave focused on techno. Born out of the collaboration... 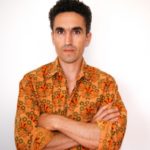