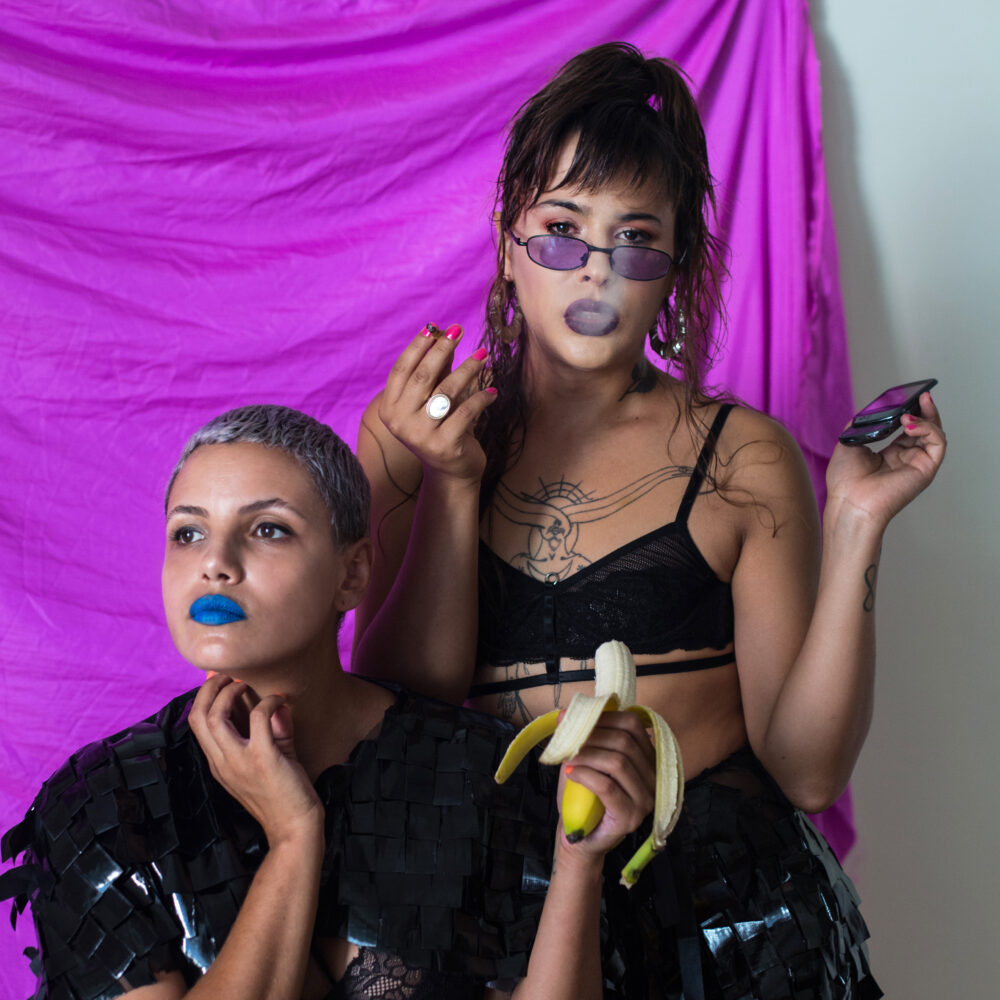 TRYPAS CORASSÃO is a Brazilian duo by Tita Maravilha and Cigarra, an aesthetic and political project of hybrid creation between music and performance. They bring the powerfull that resists being gut (tripa/trypa) and heart (coração/corassão), the sensitive and carnal being. The body that carries various memories and dis-memories of hatred and violence, but also the power of change. Thus, to unveil the (dis)frontiers, the re-boundaries of gender and expression, through languages such as funk, brega, technology, rustic Christianity, the dramatic over and the post-romantic. Urgent bodies of marginal women and travesti fury in a hybrid and sensual proposal, this project brings a live act full of creamy noises and appeals. Together they were contemplated by the supports and artistic residencies Self-Mistake and Espaço Alkantara in 2019, and shone on the stages of ZBD, LuxFrágil, Musicbox, Pérola Negra, Latoaria, Teatro São Luis and São Jorge, among others.