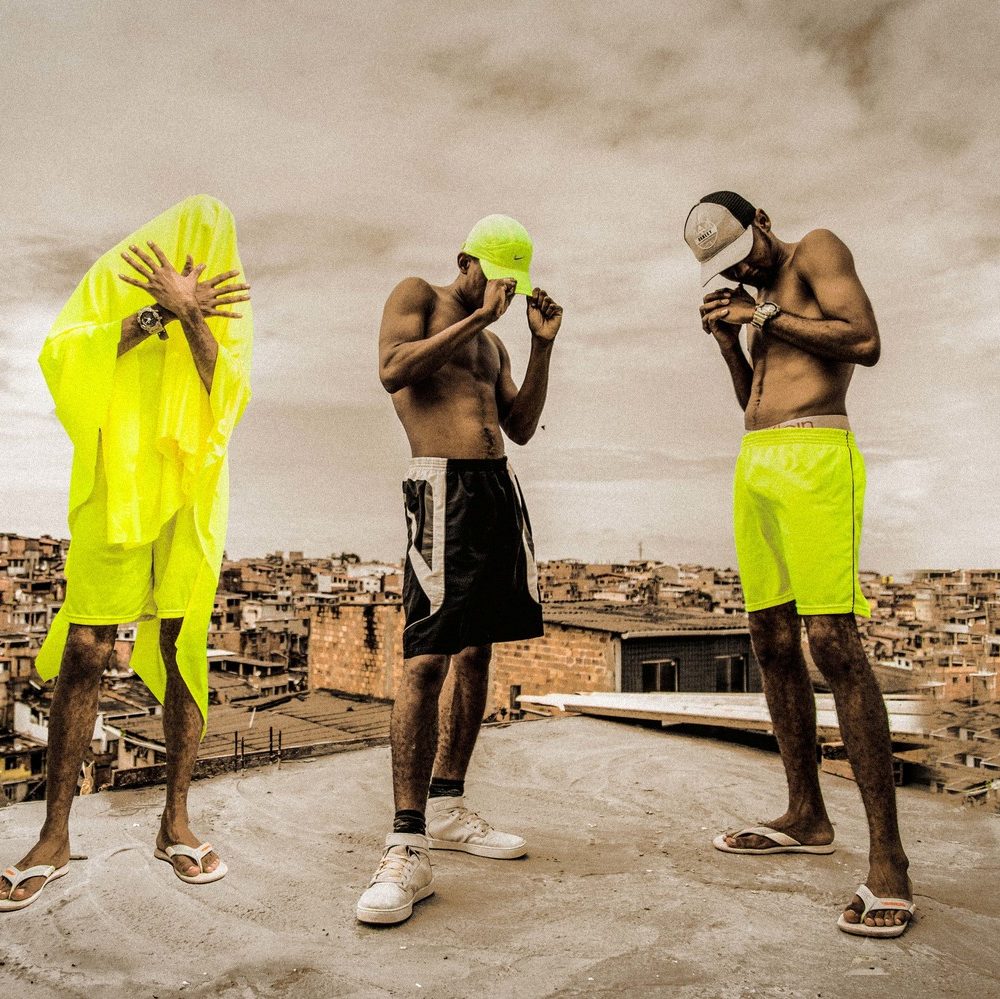 Originated in the Nordeste de Amaralina, Salvador/Bahia/Brazil, the TrapFunk & Alivio movement mixes and develops rhythmic relationships from different origins to develop the experimentation potential of its members: Alle-X, Mannolipe, Mc Sagat, B.Boy, Sabotage and Banha. In real life, they are Alex Ribeiro, Felipe Cardeal, Luitan Assis, Philipe Estevão and Felipe Pomar, residents of the neighborhood who decided to face known difficulties of schooling, job market, and family coexistence by putting their skills at the service of music and art.

Music producer and graphic designer of the label Subterrâneo Records, Felipe Pomar called the self-named “pivetes” to talk about music, exchange tastes, ideas and inspirations. The first mixtures emerged. The result is TrapFunk & Alivio, a meeting of bodies and minds in synergy going to the extreme in a radical way, both in principle and in speech, aesthetic and daring. The quartet mixes letters, bases of funk with different languages to constitute an original song, carrying colors, expressions and reality, where the community dialogs with its surroundings.

In 2015, the group collaborated with a Brooklyn producer, Kashaka, and released a single – Bonde do Boqueirão (featuring MC Jeffinho & Mannolipe). In 2017, TrapFunk & Alivio released IMPEPHO along with rappers Mankind and Morena Leraba, both from South Africa. IMPEPHO was released through PROSPECT in France and is featured on the new Trap Funk & Alivio album, ARMADILHA which features participations of Mc Orelha (Rio de Janeiro, Brazil), Mc Sagat, among others. After that, another collaboration of TrapFunk & Alivio with Morena Leraba was begun, resulting in the single “Prose unie”, with participation of Lunik Grio ‘, a poet and rapper with Ivorian and Paris-France roots. In 2018, TrapFunk & Alivio in connection with Keila Gentil (Belém, Pará) launches the single “Respeita” with participation also by Mc Sagat, they also released EP BOTA KÁRA in collab with music producer Kashaka (NY) and BAFRO EP with EveryDayPeople’s DJ Moma (NY).

TrapFunk & Alivio believes that music can be a fundamental means for the recognition of culture and melting point for something greater that connects people’s culture by stating that the rhythmic experiments give scope to create a way to re-encounter with our own culture.