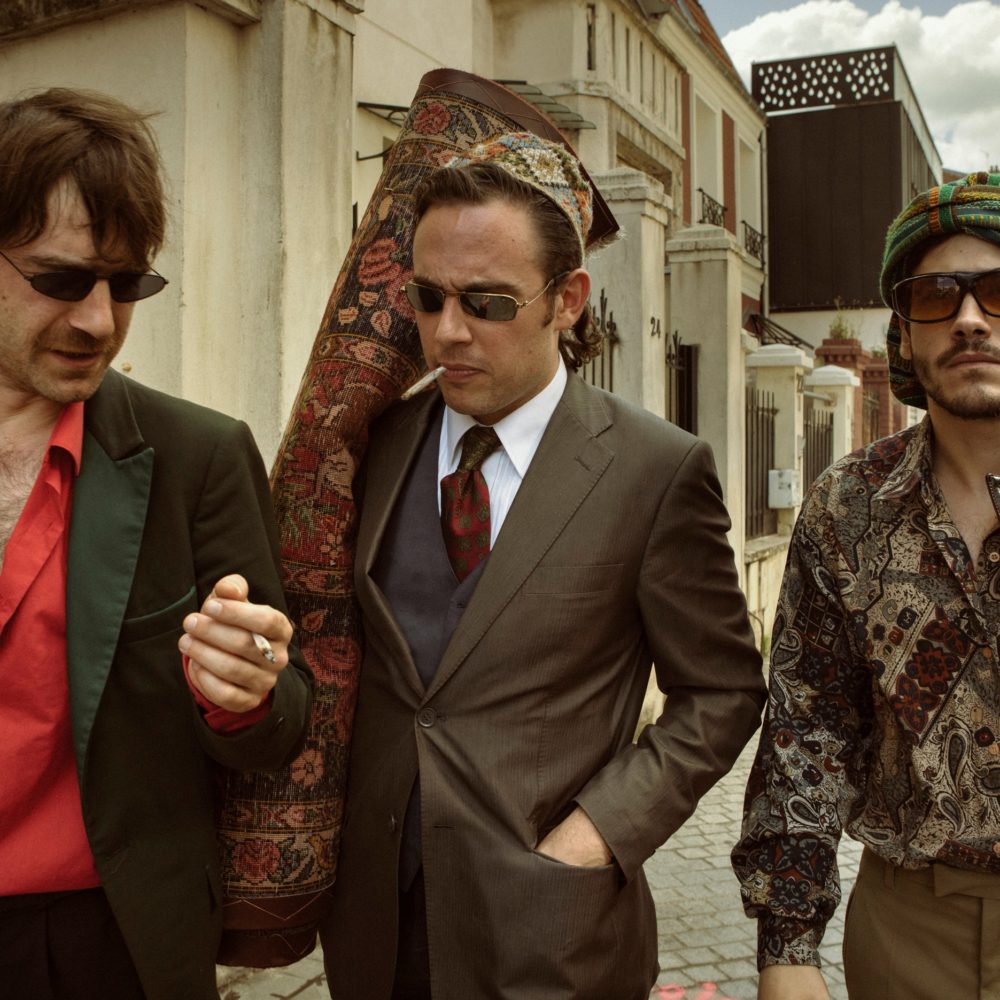 Hardheaded force of nature, bushy eyebrows and large shoulders, Murman is a singular artist, charming poet, but also flying carpet seller, outlaw, astronaut, both rescuer and kidnapper of women along the silk road.
Accompanied by the first husband of his cousin (on his aunt side cousin once removed Zauri de Makhtchkala) and Aristophane Krikor berdzenishvilli an old cousin in love with the Caspian sea. He finally decided to tell the world -in his own good natured way how to love and which colour inhabits the heart of a being who lives in a region where vineyards are bountiful.
Murman was born between the black sea and the Caspian sea, he comes from a land which no longer exists.