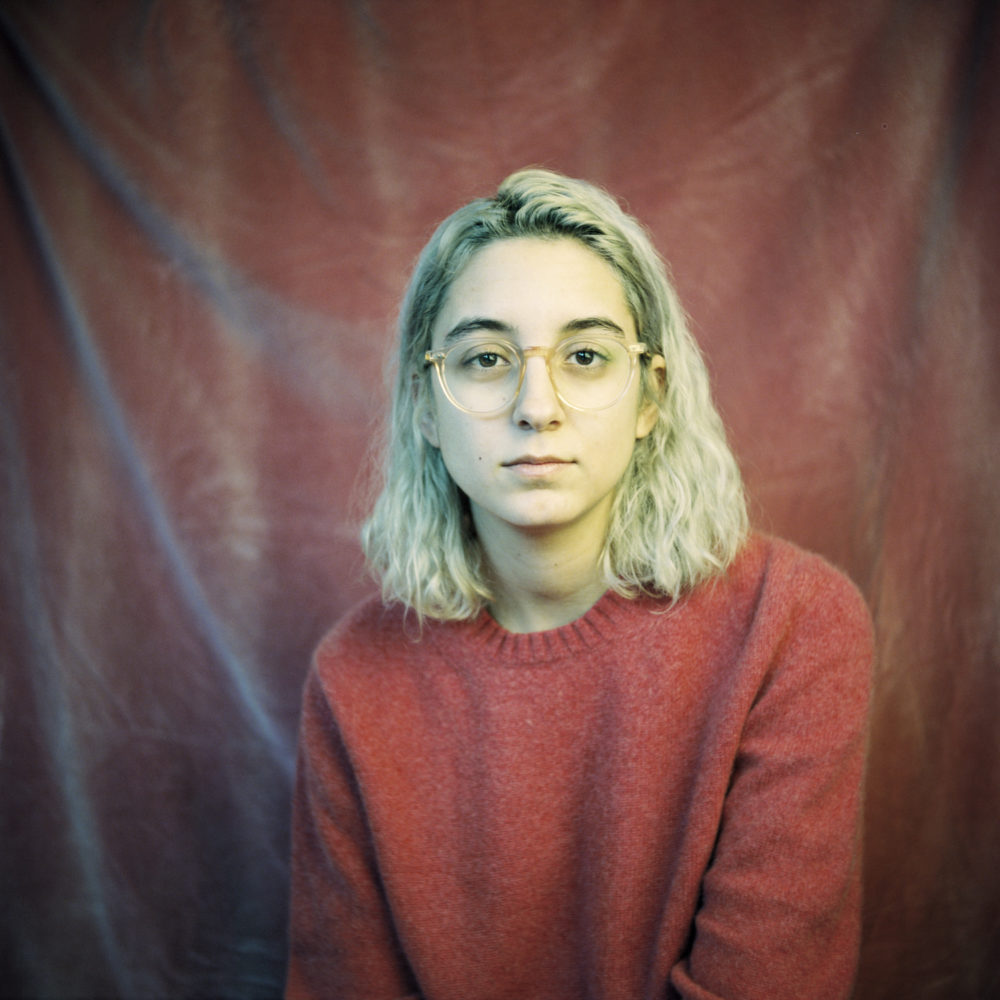 Marinho was born in Lisbon and raised in front of the TV. This meant plenty of early exposure to Cartoon Network and mid-90’s movies, as well as a growing intimacy with Hollywood’s views on love, relationships and overall human nature.
Now, as a young adult, she tries to come to terms with what lies between overly romanticized expectations and real non-sitcom life. Resolutions come in the form of indie folk songs which she has written and assembled over the years. These same songs will be collected on her debut album ~ (read ‘tilde’), which is expected in the fall of 2019.
‘Ghost Notes’ is the first single for ~ (read ‘tilde’) and was released on March 8th. Constructed from the simplicity of the roots of American folk music, the song summons undefined emotions and contorted romances indistinguishable from the author’s personal reality. Recorded at Black Sheep Studios, mastered by Philip Shaw Bova (Marlon Williams, Feist, Father John Misty, Andy Shauf), the track’s almost cinematic feel portrays someone that, for the first time, falls in love with someone who doesn’t feel the same way. When reality doesn’t collaborate, those feelings are lived out only in dreams.
The single emerges just in time for this year’s International Women’s Day. Marinho explains: “The writing of this song and album coincided with my growing feminist side as I felt inspired by a lot of women that pick up their guitars to do the same. Representation is very important to me and played a key role in my willingness to make music, so releasing ‘Ghost Notes’ on Women’s Day just resulted in a cosmic coincidence that really made sense to me.”