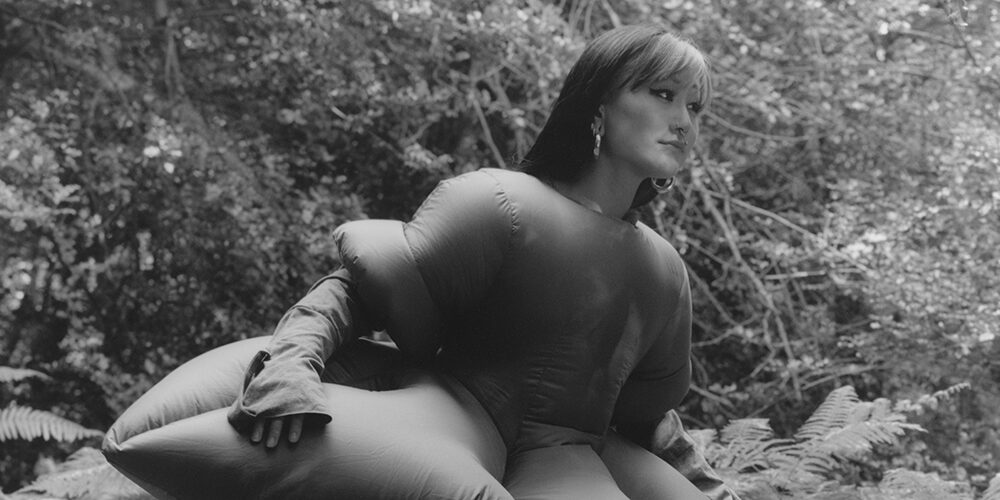 Bringing together therapeutic frequencies, forest bathing, and binaural sound, Hinako Omori’s “a journey…” combines inner healing and natural landscapes into in an immersive cartography of the mind in ambient electronics. The album progresses not track by track but as a continuous journey; a stream of consciousness tracing hills and valleys with the warmth of analogue synthesis and Omori’s voice always close at hand. It is an album with a spirit and awareness, that invites us to create a home within its sonic architectures, to find moments of peace amid our own cognitive distortions. Omori began realising her own creative visions as a solo artist four years ago, beginning with the transportive 12″ single Voyage (May 2019). This was shortly followed up with EP Auraelia (Nov 2019), which was inspired by a period in which she experienced intense migraines that were accompanied by auras and other visual distortions. Omori is a composer who thinks deeply about her music, and provides generously to her listeners. Born in Yokohama, Japan, she moved to the UK when she was three years old and lives in London. She began her musical path learning classical piano, later training as a sound engineer, and has since moved into working with analogue synths (on “a journey…” she uses a Prophet 08 and Moog Matriarch). Previous to releasing her own solo material she toured with and played on records by a raft of critically acclaimed musicians, including Kae Tempest, Georgia, and EOB, among many others, but it is her work in sound engineering that provides the bedrock of skills that manifest her vision for “a journey…”, articulating a whole world in binaural field recordings, analogue synthesisers and augmented vocals. words by Jennifer Lucy Allan