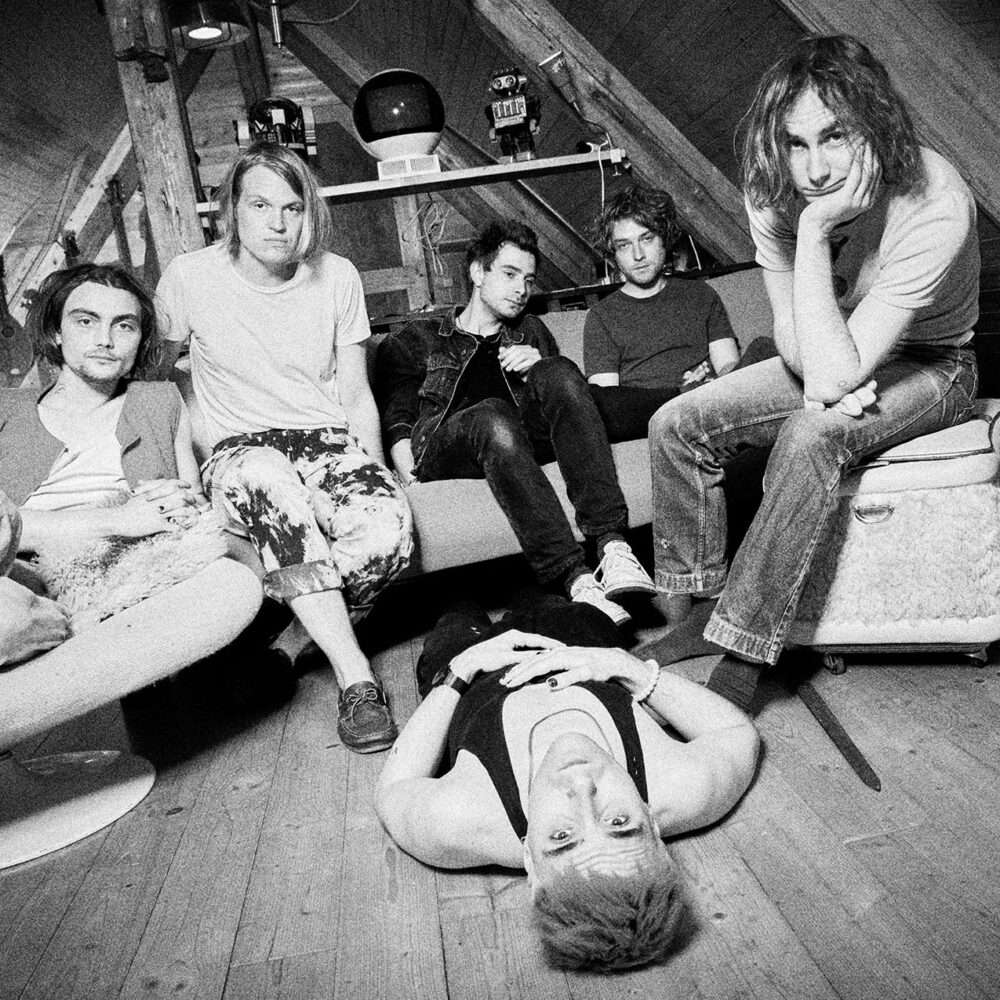 Flying Moon In Space are a seven-piece band from Leipzig, Germany borne out of live improvisations which are known to last hours at a time. Having clocked-up nearly fifty shows in their home-city alone, as well as support slots with The Holydrug Couple, Elephant Stone and Dollkraut and a couple of headline tours around Europe, the group have signed to London-based label Fuzz Club for their self-titled debut LP. A shape-shifting blend of driving Krautrock aesthetics, vivid psychedelic pop and techno-indebted electronics. Following the release of their self-titled debut album in December 2020, Flying Moon In Space – a Leipzig-based group that deal in an experimental melting pot of psychedelic pop, krautrock, techno and math-rock –have released a EP made up of remixes of tracks from the debut album by the likes of Xiu Xiu, Suuns, A Place To Bury Strangers, Minami Deutsch, Camera and Warm Graves. Their second album, ‘ZWEI’, on June 24th. Due out via Fuzz Club Records and preceded by UK and EU tour dates through Spring/Summer, including 25 shows in Germany, Denmark, Sweden, Netherlands, Belgium, UK, France, Switzerland and Austria.

Events with this Artista
Flying Moon in Space (DE)