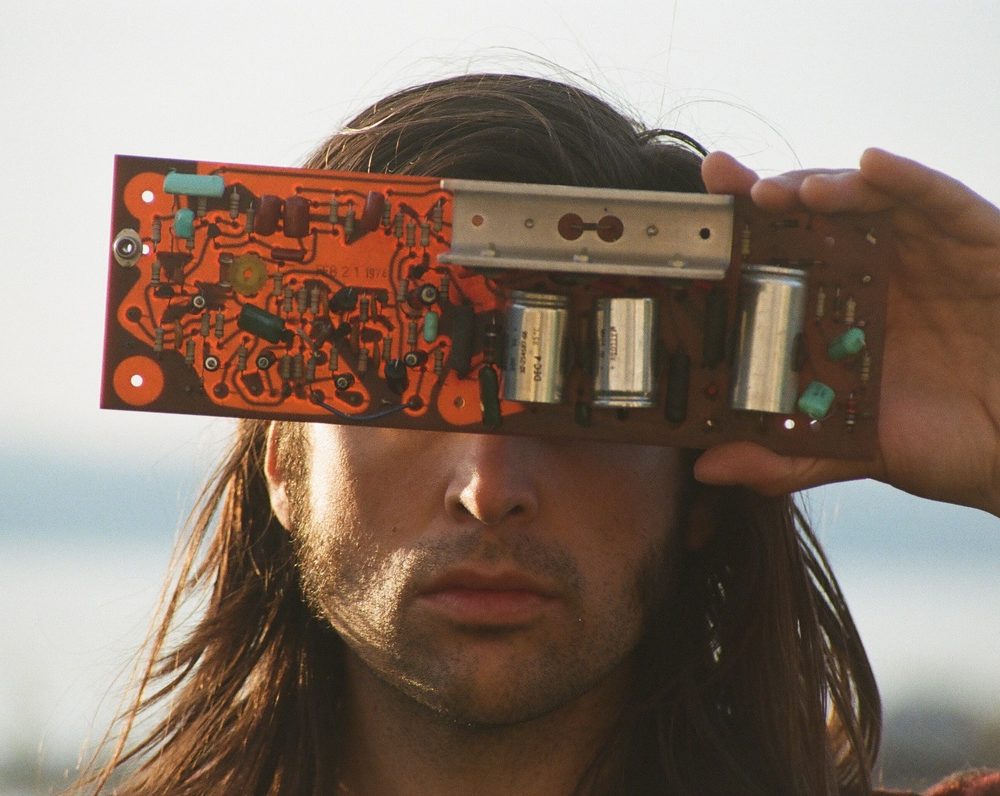 Student now Master, Mathieu Pelletier-Gagnon has been around for quite some time working in the shadows of very remarkable projects. Although his early CEGEP studies prove his classical guitar abilities, Mathieu pushed the envelope a bit further into getting a bachelor’s in music-writing at the University of Montreal. His natural curiosity led him to only scratching a surface of a bigger academic project he was about to get into.

Between 2011 and 2014, he finally moved to France to pursue a curriculum that would start answering most of his new questions. Balancing between his orchestration class at the d’Aubervillier Conservatory in Paris and the Bordeaux Conservatory, he honorably received the ‘’Premier en fugue’’ as well as the ‘’Prix de contrepoint et d’harmonie’’.

Since then, Mathieu Pelletier-Gagnon has been wearing many hats as an arranger, an orchestrator, a musical director as well as a co-producer for Klô Pelgag both live and in the studio. His work on L’étoile thoracique got him a nomination for ‘’Arranger of the Year’’ (ADISQ) and two awards for ‘’Producer of the Year’’ and ‘’Alternative Album of the Year’’ at the 2017 ADISQ Gala. Part-time, he also sits at his office desk made out of vintage synthesizers on stage-left with the travelling rock opera; Viens avec moi by Les Hôtesses d’Hilaire.

While juggling the projects of others, he has his own little secret songs in his back pocket. He has ‘’blips, beeps and boops’’ mindfully resonating from his alone time creating / orchestrating in his own workspace at LaTraque Studios in Montreal, Québec. Now, Mathieu Pelletier-Gagnon is finally ready to expose his beautifully flourished artwork he calls; Flore Laurentienne Vol. 1.

Imagine taking a Living Strings Collection vinyl or a vintage Technicolor film soundtrack and adding the imagery of a Spring in full bloom with the softest, most pastel paint. The marriage between his score-like string orchestrations along with analog synthesizers is an ingenious mix of the 50’s and 60’s familiar sounds. The eight pieces take you through seaside gardens and hills, pit-stopping into the window of his 1990’s gloomy living room. Mathieu’s very pure and certainly unique fugues Segway you into the sequences of repetitive streetlights and underground tunnels of road travel into the refreshing and familiar countryside. Mathieu Pelletier-Gagnon’s music is an awakening of true beauty all around us. He closes gracefully with a slightly more grandiose version of the opening theme bringing complete closure. The beauty of nature and life is eloquently displayed through Mathieu Pelletier-Gagnon’s learnings and works. Flore Laurentienne Vol. 1 is timeless, omni and minimalist; a real work of art.

Events with this Artista
Flore Laurentienne (CAN)