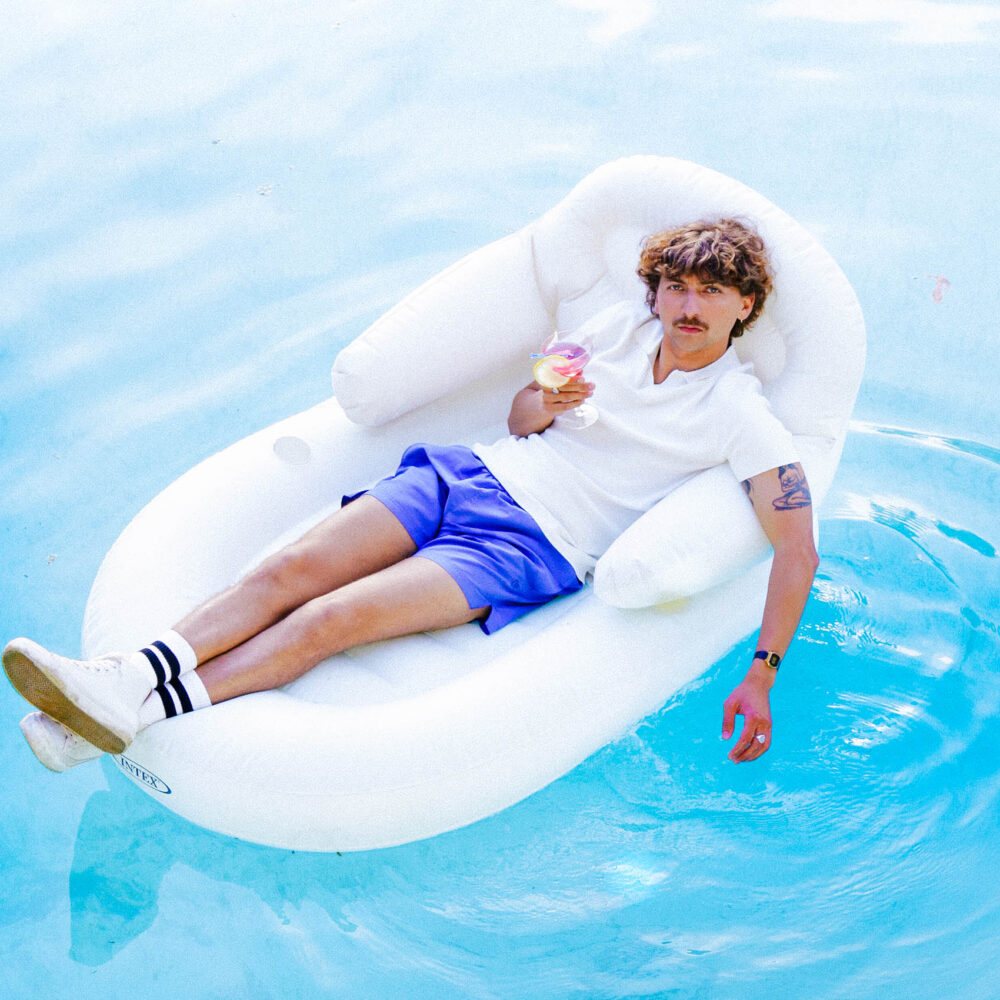 Filipe Karlsson portrays a relaxed rush between the waves of the sea and the production studio, in the form of an unpretentious, inspiring and groove-filled Disco Pop. In 2020, the Portuguese-Swedish artist debuted in the middle of the pandemic, at a time when his “Teorias do Bem Estar” turned out to be more essential than ever. In the same year, a new set of songs was revealed, in the form of “Modestia à Parte”. This EP includes hits such as “Razão” or “A Paragem”, which months later would finally be released to sold-out audiences, on stages such as Altice Arena, Teatro Maria Matos or Casa da Música. Determined not to slow down and continue to spread positivism and good vibes in song form, Karlsson reserves us for 2022 “Mãos Atadas”, the last EP of this short-lived trilogy.