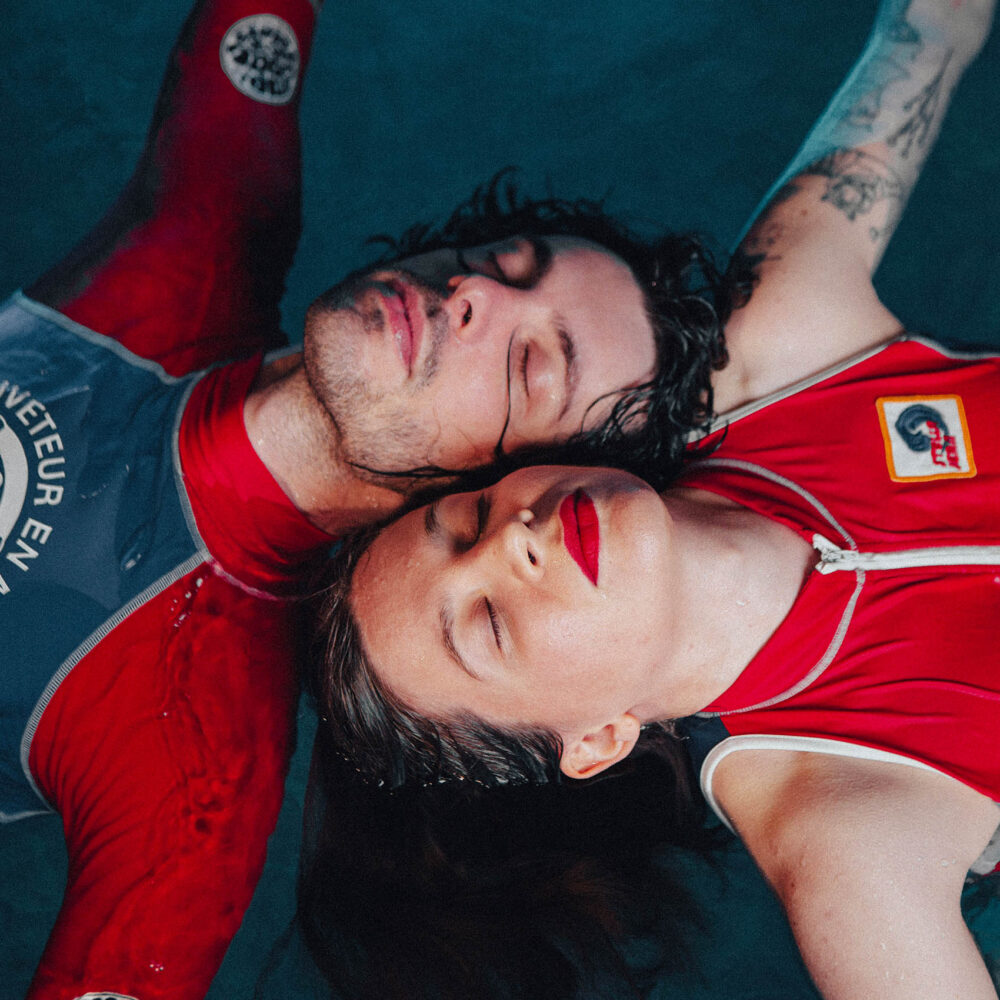 Cheeky and torrid French-pop duo, Charlotte Fever consists of Cassandra Hettinger (Vocalist, Synths and Maschine player) and Alexandre Mielczarek (Vocalist, Guitarist and Synths player). Great pop adventurers, explorers of fantasized jungles and love tourists, Cassandra and Alexandre are fighting day after day against France’s gloomy weather with their blistering songs. After unveiling a self-titled debut EP in 2018 that took them on tour from South Korea to Central America, Cassandra and Alexandre released the 2021 EP ‘Erotico’, spotted by the ‘Emily in Paris’ series. Back on stage after a year in the studio, the duo will be unveiling throughout 2022 new singles true to their trademark aesthetic, combining mischievous sensuality and solar rhythms.