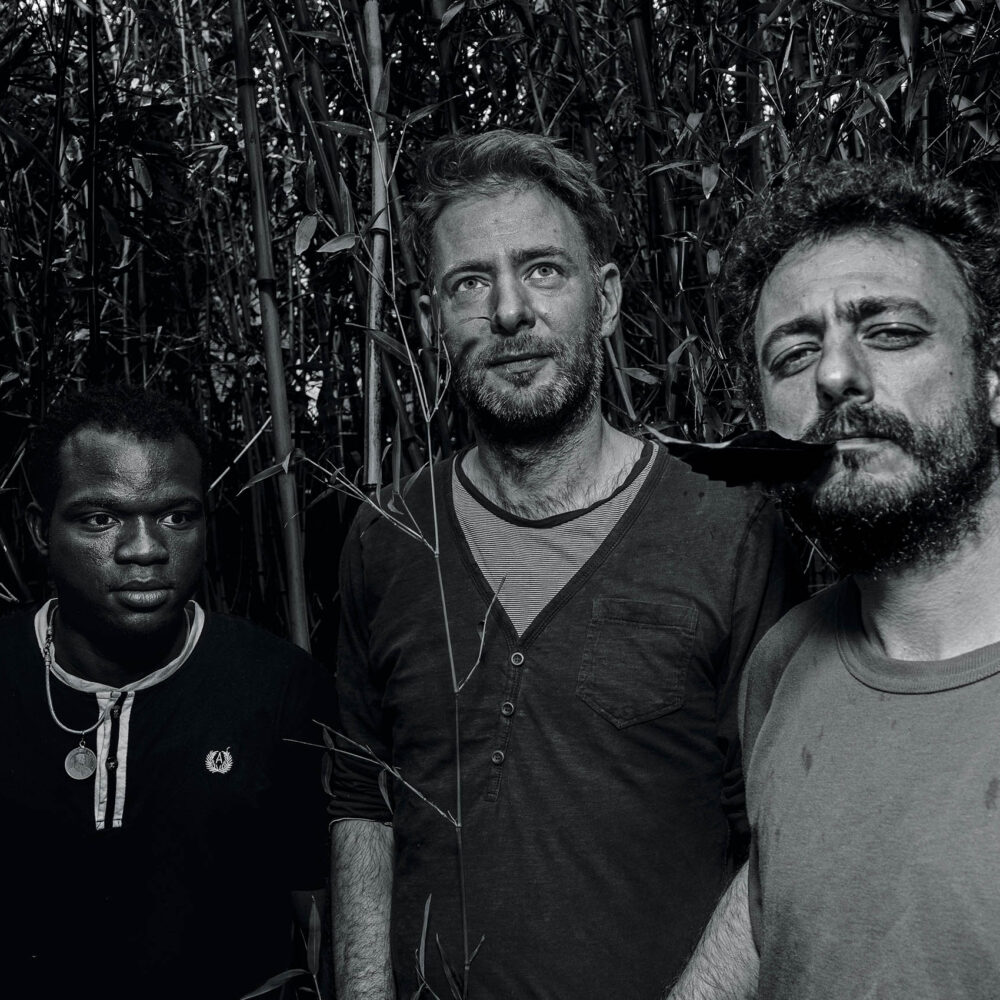 In 2018, a Burkinabe griot meets the Brussels noise post-punk duo Le jour du seigneur. It’s a completely new alloy and it’s also a huge opportunity to deconstruct knowledge and create a brand new playing field. After a few adventures in the scenes of the European underground, singer / poly instrumentalist Kaito Winse and drummer / pure dataist Benjamin Chaval (Bargou 08, Le jour du seigneur) invite Nico Gitto (Facteur Cheval, Zoft, Why The Eye ?) on guitar. They will develop a crazy universe between experiments without a net and incredible postmodern grooves. This is truly the world as it is: a world of travelers who meet. Like Kaito, they can both claim to be guardians of tradition and curious about all combinations. Others, like Benjamin or Nico, are more the kind of multikulti. They share a desire to reinvent. They are ready to follow the backwater where it will move according to climate changes. It’s a world of movement and too bad for those who are afraid. They recorded an album in October 2020, to be released via GLITTERBEAT on 7th June 2022.

The trio mostly play Kaito’s compositions, each making sure to write their part very freely. At the end all compositions are collective. The griot handles proverbs. These are the pillars of wisdom. He can both murmur and harangue, while his intense flute solos come straight from a free jazz he never knew. Nico brings this very rare quality of being both able to ensure the groove of a very uncommon rhythmic baritone guitar and develop sophisticated sound experiences. Benjamin plays his destroy drums with two cut pieces of brush handle. Also he provides an important Pure Data electronic part partially controlled by triggers, a real fourth wheel to the coach.

Events with this Artista
Avalanche Kaito (BE)